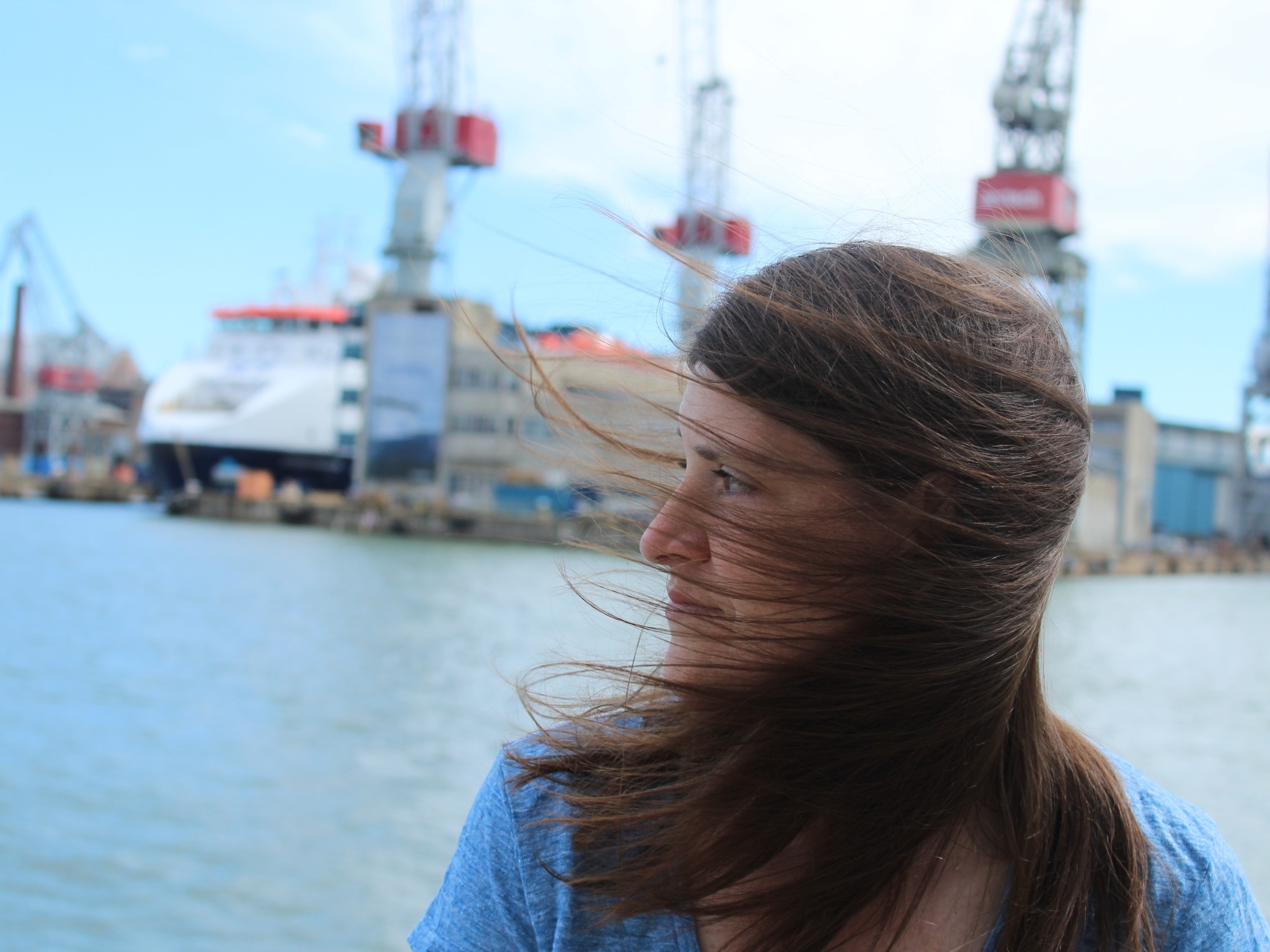 I moved here in June 2014 and stayed until August of the following year. My husband got transferred for his job and originally we thought we’d be here for about four years, but after a year his company gave us really short notification that we had to go back to the United States. Together as a family we decided we just really wanted to live in Finland, so my husband quit his job and we moved back here on a whim with nothing lined up.

It just felt right. We had loved it here and we really wanted to come back. Since making that decision everything has just kind of fallen into place, so we know we made the right decision and we’re a lot happier being back here. Funnily enough, we were living in exactly the same building as we do now in Jätkäsaari.

I think everybody was really excited for us the first time we came and then when we decided to come back a lot of them were baffled about why – why we left a secure job, a home and all of this, why we’d take a chance on coming back here. They are excited for us, but they miss us and of course we miss our families and friends. There’s a lot of people who have never left the state or even the general area where they grew up, so that’s part of it. Most people, when they have children, move closer to their families so they have help nearby. We’ve kind of done the opposite. There are many people who just don’t understand why we did this, even Finns are like, “What?! you CHOSE to move here?!”

My husband is working in IT and I’m a freelance editor so I’ve been working at home ever since we arrived. I’ve stayed on contract with a job I had when we lived in Denver, Colorado. When we moved back here it happened that one of my co-workers had quit so I got more work. Since getting here I’ve made some contacts and started working for the University of Helsinki. There seems to be almost more work for me here than in the States because people want a native speaker to review their papers before publishing. I also found an editing association called the Nordic Editors and Translators and that’s been a great resource for me. I’d heard about them before but I’d never been a part of it. When I came back one of the first things I did was go to a gathering of theirs and I met many great people. There’s a lot of networking opportunities if you just seek them out and I think a lot of people are good at helping each other out. If you reach out to one of the business associations people are really willing to help. For example, there’s one organisation called ‘American women in Finland’. More than anything it’s just a good way to connect with other people who are in a similar situation.

“There are many people who just don’t understand why we did this, even Finns are like, “What?! you CHOSE to move here?!””

I think that the idea about Finland originally came from my husband and I had also always talked about visiting because he has Finnish heritage. I don’t know a whole lot about the story but his family landed in northern Minnesota, which has a huge Finnish population. I think it was maybe in the early 1900s. He is seventy-five per cent Finnish, but his great-grandparents were the ones who moved to America so his parents don’t speak Finnish. They’re proud of their heritage and they have a sauna in their house, but neither of us had ever been here before we moved.

Learning Finnish has been quite slow. I guess I didn’t put in much of an effort last time we lived here. My kids are a big reason to want to learn it, so I can understand more what’s going on with them and their friends. Being able to talk with their friends would be nice because they’re all so little, especially my daughter’s friends. She’s only five and her friends, especially, don’t really know how to communicate with me too much. I think my husband will have to learn Finnish for his job. They’ll definitely want him to learn Finnish. He’s the only English speaker there right now. It hasn’t been a problem and they’re happy to have him there, but I think it would be easier for reading official documents and emails more than anything, so they’d like him to learn.

Of course another huge reason I want to learn Finnish is to be able to understand more of what’s going on around me in general. You know, people always apologise, “oh my English isn’t very good.” Sometimes I can get the general idea of what’s going on, but just bits. It can be hard at times – depending on the situation – but more than anything I’m grateful that people are willing to adjust their language just for me. Everybody has been really welcoming. I can’t think of any struggles. You know, if anything, people are maybe a little bit shy about initiating conversation but once it’s going you know they are very eager to learn about you and what you’re doing; especially now that we’re planning on staying. I think sometimes if you are more transient people are maybe less likely to seek out a strong friendship.

I also think it’s really important to just dive in with the Finnish culture and immerse yourself and make Finnish friends. Having the kids in Finnish schools has helped us to get to know a lot of our neighbours. We have a courtyard where there are always kids out playing so we’ve met a lot of our neighbours that way. Getting involved in all aspects of life here is really helpful for anybody moving here.

Now I play roller derby with the Helsinki roller derby league. I’m kind of hooked on it. It’s been a really great way for me to meet friends and I played it when I was here before. I started when I was living in Denver a few years ago. There’s an oval track and we play 5 on 5 and one skater on each side is trained on either side to score points by passing players on the opposing team. It’s just so much fun! You get to hit people! It’s a great way of meeting other women who are strong and independent. There’s 18-year-olds and 40-year-olds and everything in between. There’s such a variety of people and it’s a really welcoming community. Your background doesn’t really matter – if you want to skate or get involved it’s a very welcoming community. I’ve always been pretty athletic and played sports of all kind. I played ice hockey when I was younger and I played at the university. After I had my son we moved to Denver Colorado and I hadn’t done anything since he was born.

Friends in the States are surprised to hear that we live in a small two-bedroom apartment. They can’t even fathom that. We lived in a larger house in Montana and it was just too big. We were so excited to get back to our small-apartment lifestyle. I think people in Finland are more thoughtful about what they buy and they take better care of the things they do have. I find that we get outside and experience things more because we don’t have the luxury of a big house. If you want to clear your mind you just go outside for a walk. People are outside here a lot more than anywhere else I’ve lived. It’s just nice that you run into people you know all the time. I think that’s why I find it easier to get to know people as well, because you just keep running into the same people, especially in our neighbourhood, Jätkäsaari.

Interview by Peter Seenan recorded in Helsinki, Finland in 2017. If you wish to support our work in sharing the reflections of people who’ve moved to Finland please like our Facebook page and share Mary’s story.